Art Deco made Environmentally Sustainable - KAHURANGI, 2006: Solar Hot Water, Insulation. As an architecture practice promoting sustainability, we felt it was important to 'walk the talk', so in 2006 we embarked on the ambitious project of turning our urban (Central Auckland) home and office into an 'eco-friendly' or 'green' building. 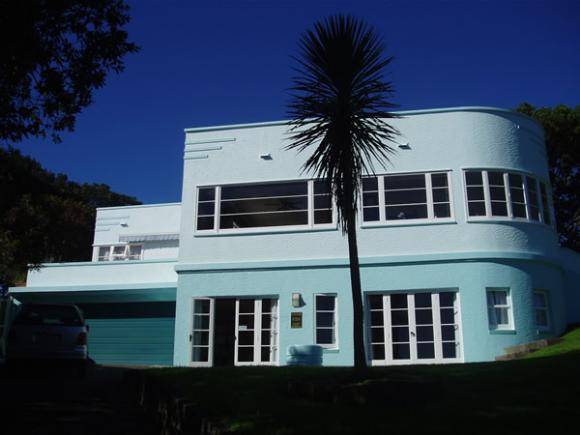 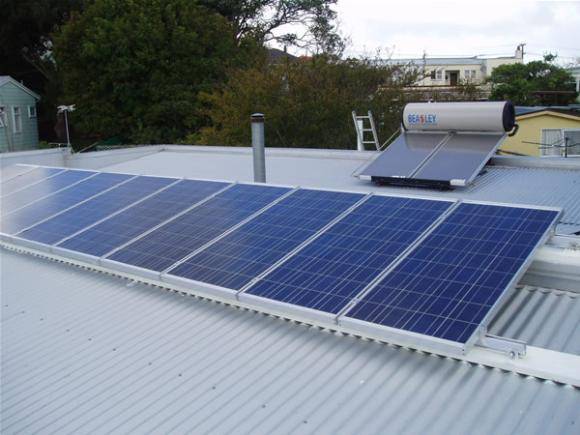 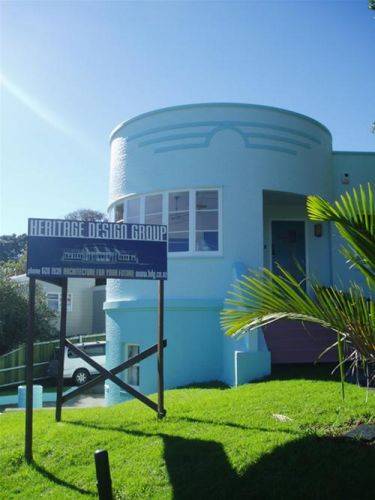 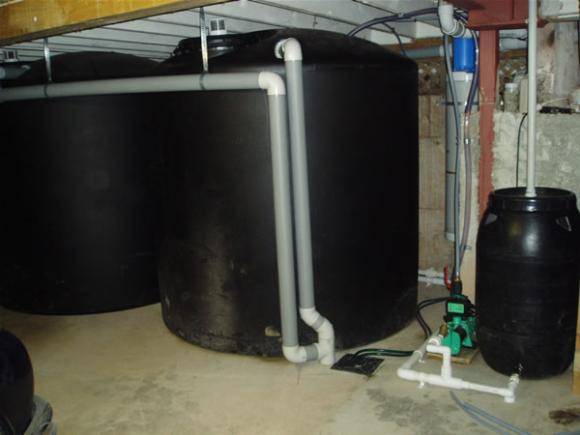 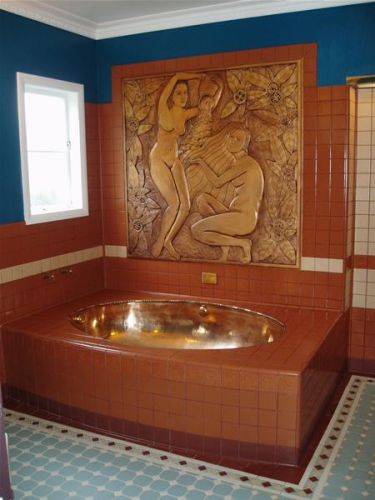 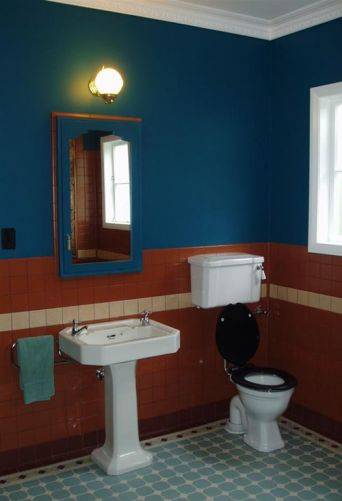 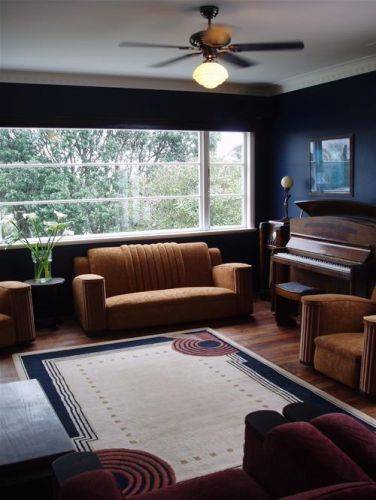 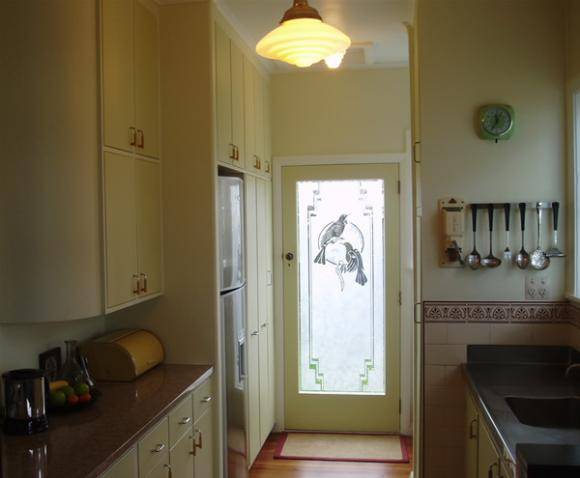 As an architecture practice promoting sustainability, we felt it was important to 'walk the talk', so in 2006 we embarked on the ambitious project of turning our urban (Central Auckland) home and office into an 'eco-friendly' or 'green' building.

Our practice operates from the ground floor of 'Kahurangi' a landmark 1930s home which has been extensively renovated in Art Deco style, so careful planning and design was required to make this heritage building environmentally sustainable without compromising its character.

The first part of the project involved replacing the existing continuous flow gas hot water system with a solar cylinder, which was placed at the rear of the house to be close to the kitchen and bathroom. This position also ensures it is not visible from the street front. The gas water heater was retained, and is used to boost the water temperature on days when there is insufficient sunshine to achieve the minimum required. Retaining the gas system in preference to using the solar cylinder's electric booster means that additional heating is only required when hot water is actually used.

Secondly, ten photovoltaic panels were installed on one of the two North-facing roof surfaces inside the parapet surrounding the house. Like the solar hot water cylinder, these are not visible from the street. The panels are connected to an inverter in the basement, allowing the electricity generated to be consumed directly by our office and home, or fed back onto the national grid when there is a surplus. As at April 2006, we believe that Heritage Design Group is the only grid connected solar powered architecture practice in New Zealand, and on a sunny day in autumn, the solar power we produce is enough to run our office with a little left over.

Stage three of our sustainability initiative was to install two 4,500 litre rainwater collection tanks in an unused area of the basement. Water from the roof initially passes through leaf filters and first flush devices, ensuring that leaves, dirt, dust, bird droppings and other contaminants do not enter the water supply. At the other end of the chain, the water runs through a coarse filter, fine filter and a UV light filter before it is used in the office and the house. Sludge siphons operate with the overflow system to remove any accumulated dirt from the tanks with excess water which flows to an on-site soak pit.

In conjunction with this work, we took the opportunity to renovate and remodel the upstairs bathroom and kitchen in Art Deco style. The bathroom features a solid bronze oval bath, purchased in a junk shop in Mt Eden but thought to be originally from a stately home in Scotland. Above the bath is a solid plaster relief panel carved by Niel de Jong and finished in gold lacquer. The tessellated floor tiles and 100 x 100mm wall tiles with feature bands in a cristelli pattern, a combination of recycled and reproduction tapware and china, and specially made frosted glass around the shower complete the sumptuous 1930s look.

In the kitchen, all cabinetry was made in solid timber to ensure the health of the occupants and eliminate the need to discard and replace it for many years. A terrazzo-style granite was selected for the new benchtop, while the existing stainless steel one was retained on the other side. The new fridge, selected for its low energy consumption, is concealed in an alcove near the rear of the kitchen.