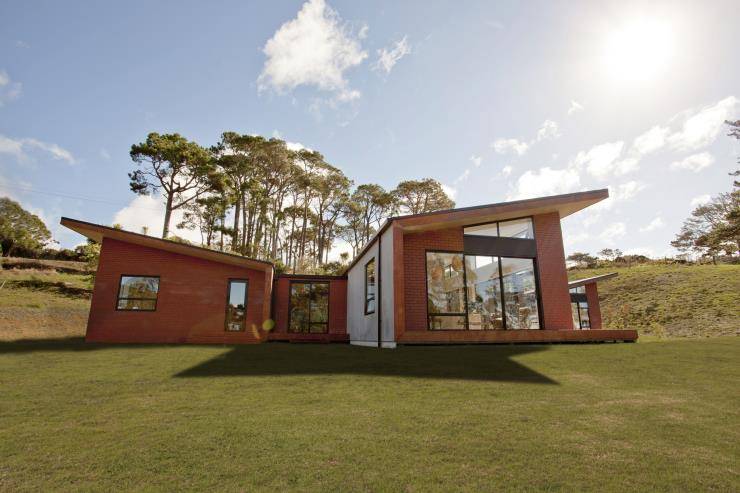 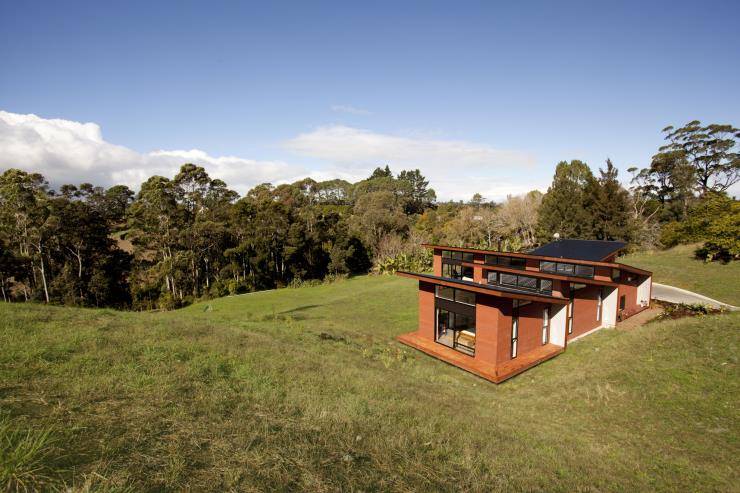 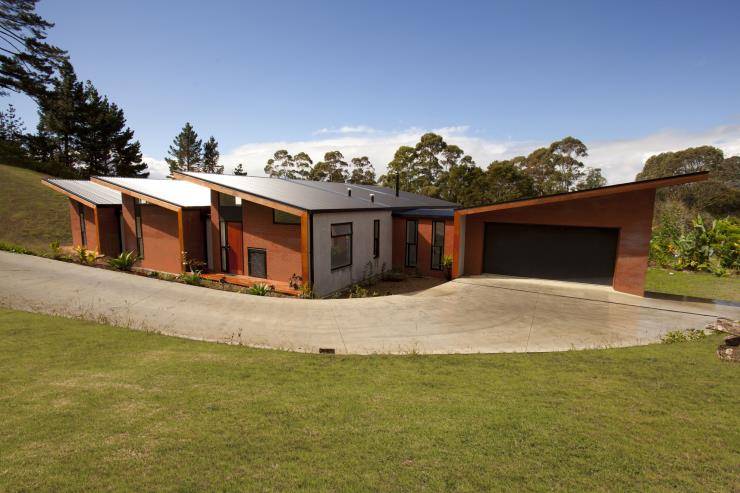 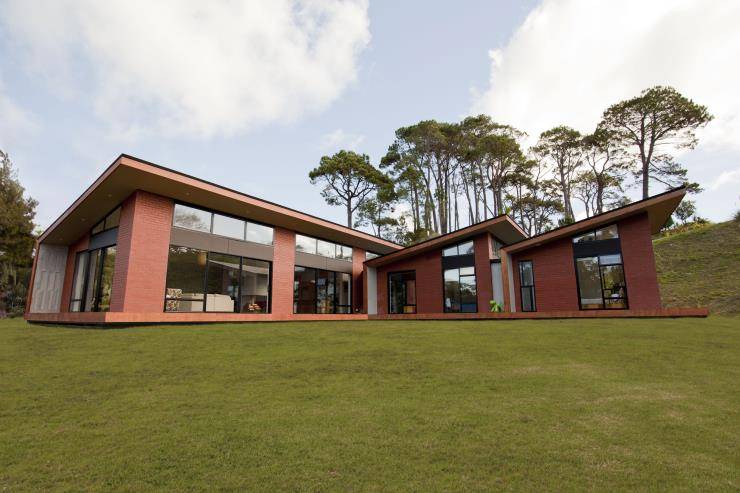 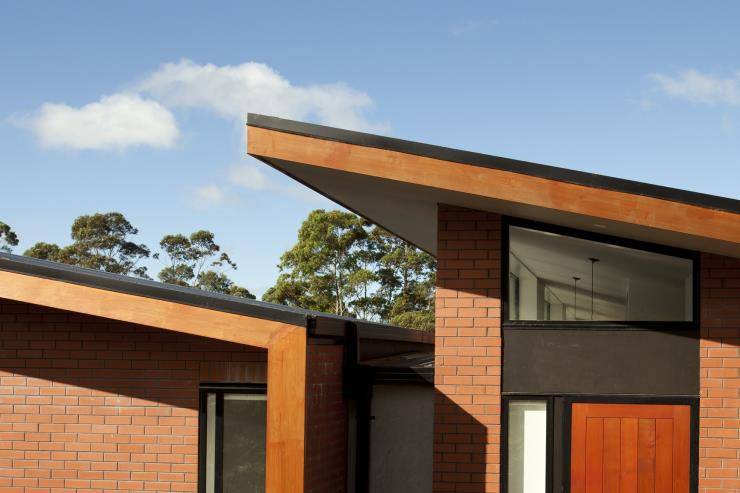 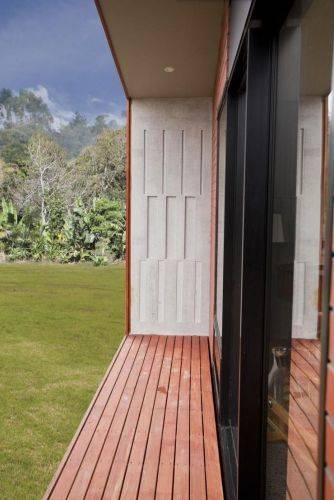 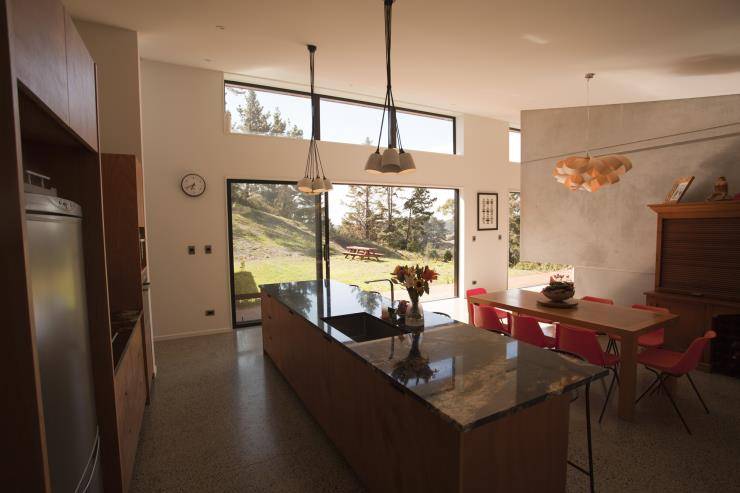 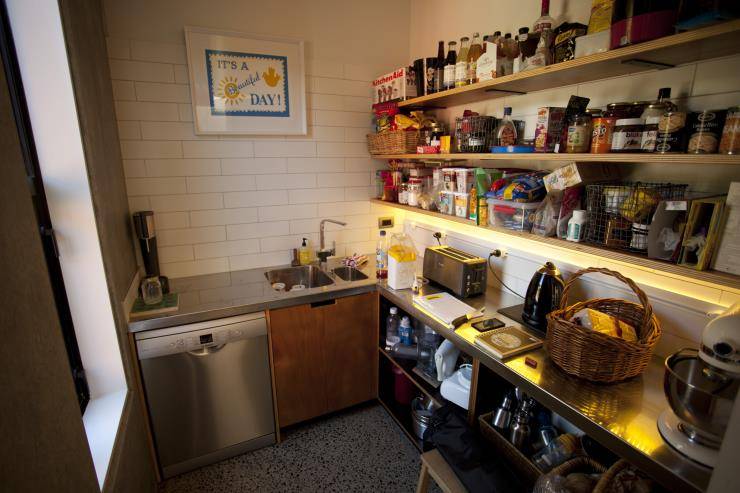 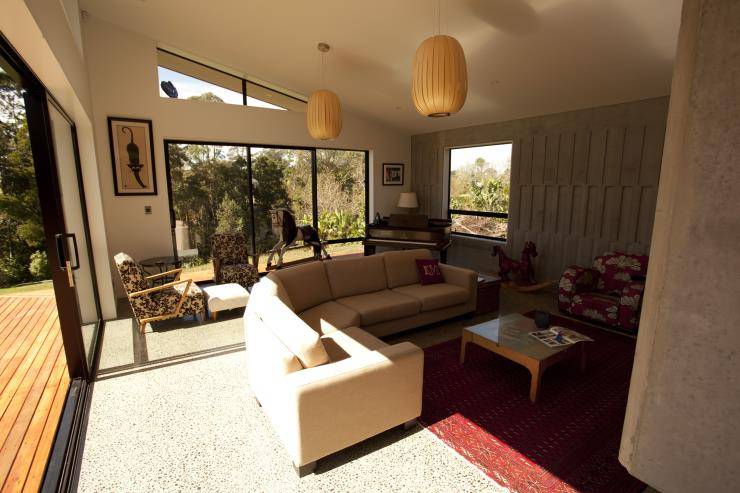 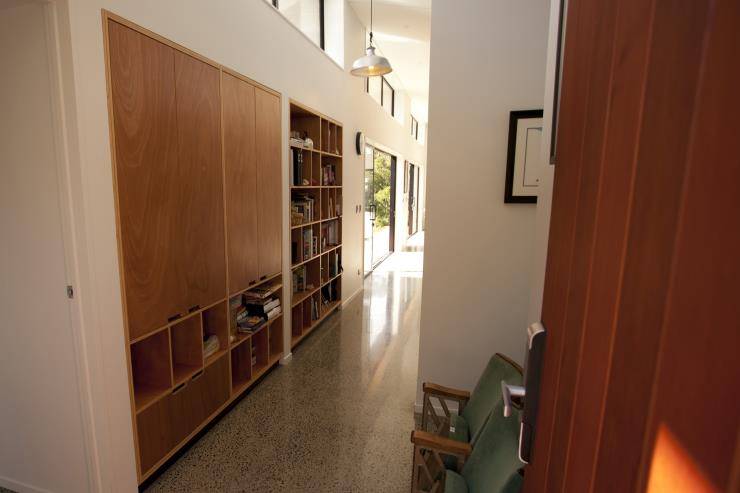 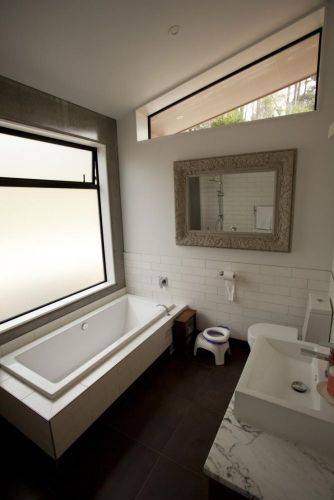 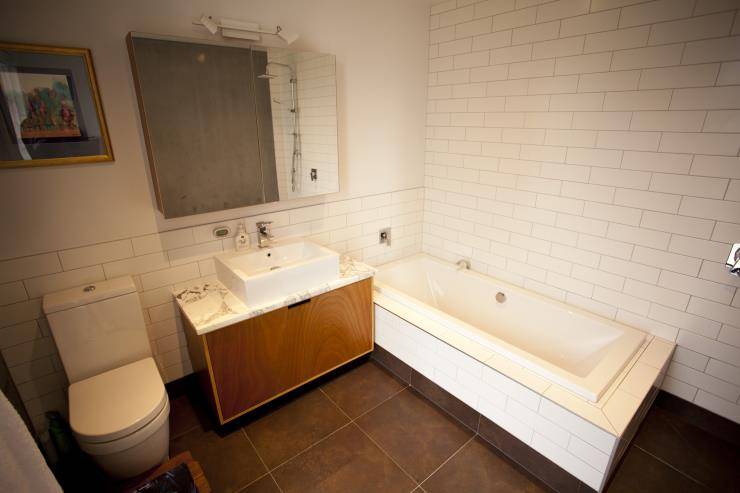 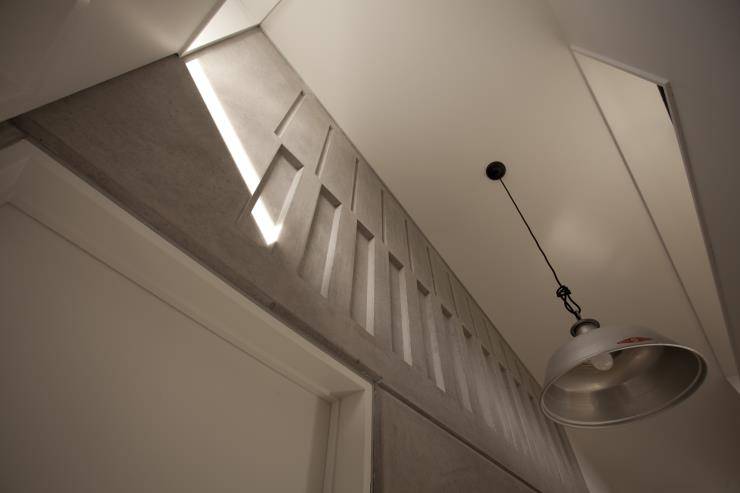 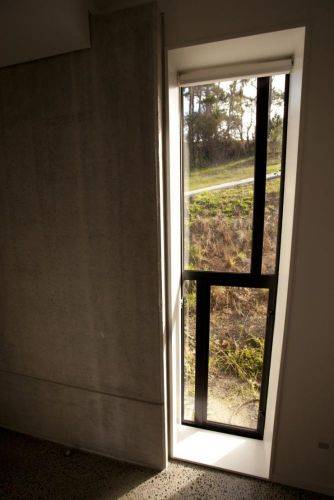 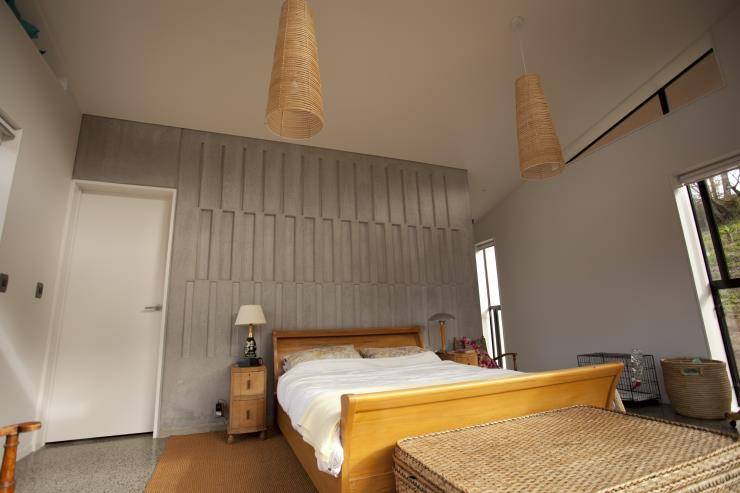 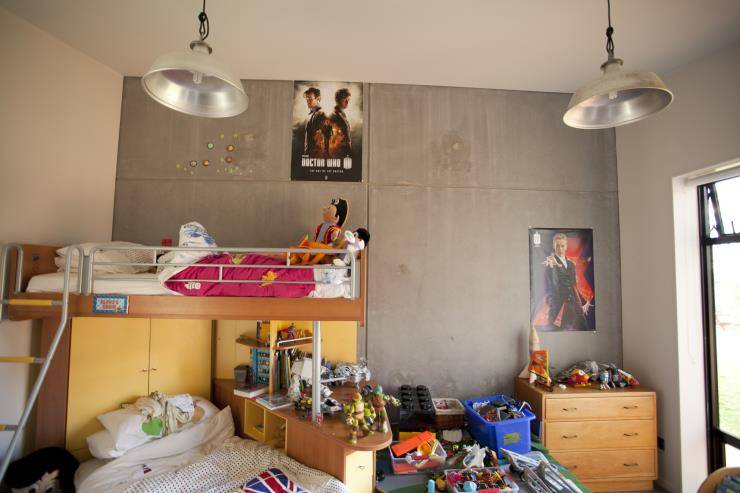 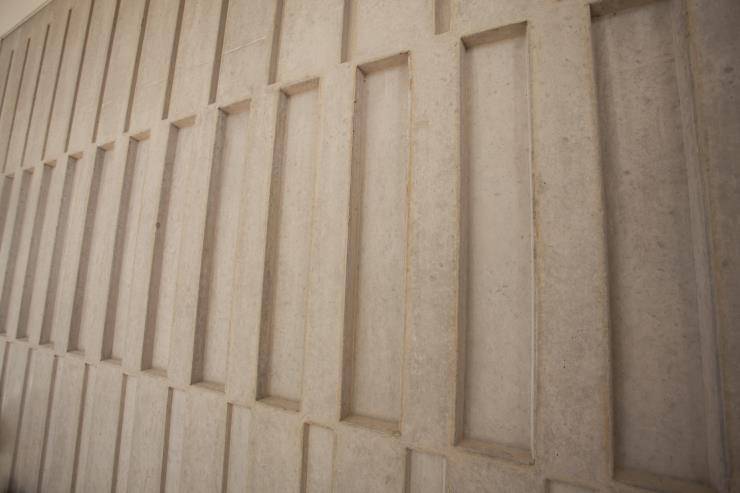 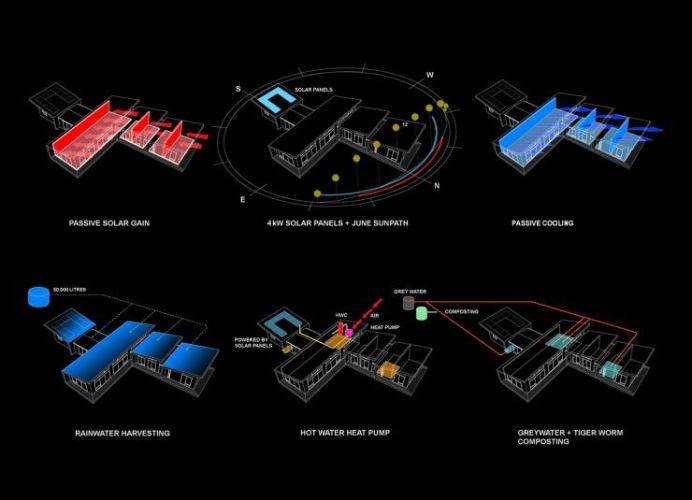 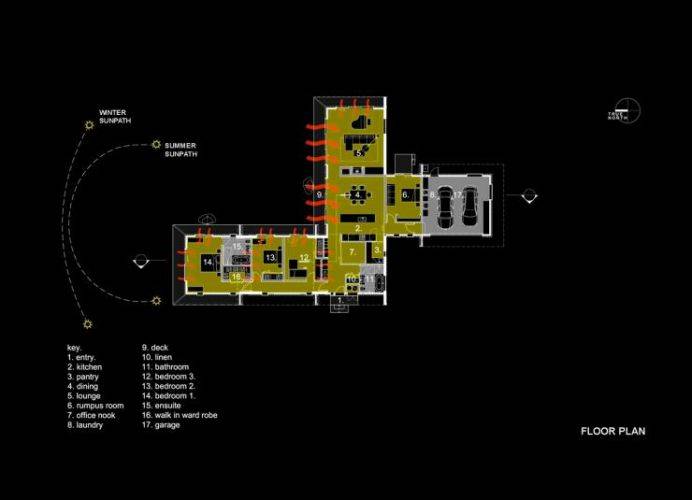 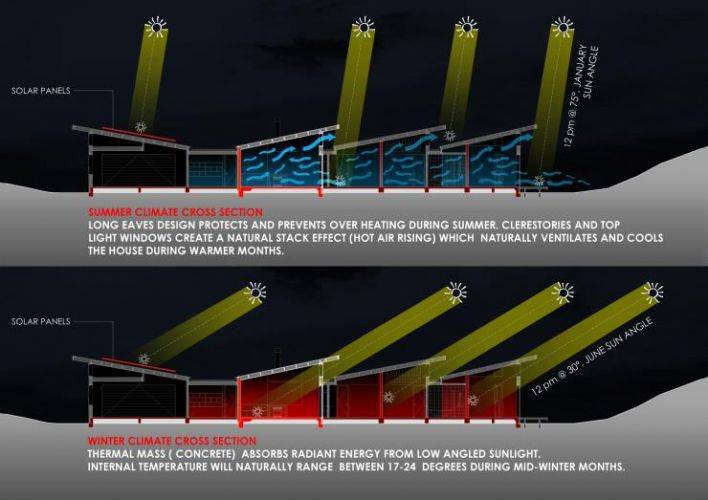 Coatesville Passive Solar House in Rodney, North of Auckland, New Zealand is a series of stacking sawtooth roofs designed to capture every possible bit of sunlight during winter and naturally exhaust warm air through a series of clerestories during summer. The family house design is a bit like an old sawtooth shaped factory roof- but smarter! The home is 270m² situated on a 1.5 acre property with bush and valley views.

Typically a passive solar house works on an East-West axis following the seasonal sunpath direction. This site has a narrow flat platform located on the East downward side of a hill. This meant we had to design within a restricted foot print which worked on both an East to West axis and North to South axis for maximised solar gain and view. Solarei found the sawtooth roof idea worked well with the site and seemed like the logical design direction.

The house relies on exposed insulated concrete slabs and large insulated vertical precast concrete walls for optimised passive solar gain and heating during winter time. The roof shapes and windows function as clerestories allowing a natural stack effect to cool down the interior and naturally ventilate the bedrooms and living spaces over summer time.

The house is designed for an anticipated electrical energy load of 3800kWh's annually or an annual energy index of 14.8kWh per/m2, the remaining power will eventually be provided by a 4kW grid connected solar panel system. Internal temperatures passively peak at 24⁰ during later afternoon mid-winter with the extreme low being 17⁰ during early morning. So far the house has thermally performed as calculated. Green technologies and features which have been incorporated into the house are an onsite tiger worm composting system that treats black and grey water, Hot water is heated through a hot water heat pump (sucks heat out of the air), 54,000 litres of rainwater harvesting capacity will provide potable water, bio-paints are used for interior finishes, above code insulation for walls and roof, long lasting low maintenance bricks for the exterior, cedar fascia boards at roof and deck edges , energy efficient appliances are standard items, and water efficient tapware are used in bathrooms and kitchen.