Hot summers need air conditioners, insulation and open windows to bring relief; however, a white roof movement is rearing its head, and while some are praising the idea, others are writing it off. 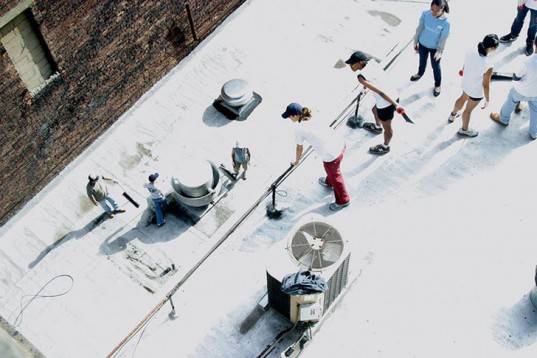 Hot summers need air conditioners, insulation and open windows to bring relief; however, a white roof movement is rearing its head, and while some are praising the idea, others are writing it off.

The idea of white roofs is easy enough to understand, like polar ice caps, white roofs reflect sunlight into space and allegedly reduce heat within homes. This could equal less money spent on electricity cooling your home over the summer months. Roofs of a darker shade absorb heat, uncomfortably heating up homes in the peak of summer.

The idea is not new. For thousands of years’ communities in the Mediterranean have painted their roofs white. New Zealand has yet to embrace the practice, despite being a country that is rich in sunlight exposure.

White paint is one of the cheapest paints on the market and could be a relatively easy eco option for people to embrace, or at the very least, help to reduce their power bills. But there are naysayers to the white roof movement, and science is backing up their claims.

White roofs also increase the amount of electricity or gas being used to warm the house over the winter and autumn months. Because white roofs reflect heat in winter, there will be a build up of mildews and condensation, due to stagnate water accumulation. Again, another factor that will effect the life span of a roof, whilst also increasing its maintenance costs.

The internet is littered with competing views on the subject of white roofs and their validity as an eco friendly option for home owners. Various commentators are in agreement that white roofs could well be beneficial in hot climates, but to what extent is highly contestable.

The general consensus suggests that whilst white roofs seem like a nice gesture to the environment, offering some reasonable attributes, the science on white roofs is far from adequate.

However, there are still many options for people seeking cleaner and greener roofs. Vegetated roofs, terracotta roofs, solar panel roofs; all have sound science backing them up.

As for white roofs, proceed with caution, the jury is still out and we wouldn’t recommend rushing of to the paint store just yet.